Hi, my name is Cindy and I started drinking when I was thirteen years old. My parents had significant challenges but they loved me very much.  I am responsible for all of my past choices.

My mom became ill in my later teens, and by the time I was nineteen she was dying from cirrhosis. But that didn’t stop me from drinking and drug use. It progressed for decades, and never stopped.

After my younger brother passed away, my drinking got worse. Within two weeks of his funeral I had two drunk driving tickets, which led to jail time and probation. I ended up living with my father who had been sober for thirty-six years. Though dealing with my stepmom’s and my brother’s death, he still helped me.

I spiraled into a deep darkness. Caught in my own self-pity and self-hatred, it felt like I was suffocating. Every day I contemplated lying on the railroad tracks behind my dad’s house. He finally had enough and dropped me off at the Shopko parking lot. I was then completely homeless, drinking behind dumpsters and sleeping behind buildings, trying to hide from the world and everyone in it. I drank until someone found me. They called the rescue squad right away.  It wasn’t the first time I was found unresponsive, but it would be the last.

I woke up in the ER with a .5 blood alcohol level. The nurses told me I was lucky to be alive, but that’s not how I felt. I was so angry and cried out to God asking Him, “Why won’t you let me die? Because I can’t live, I give up. What do you want me to do?” Within weeks I was at Teen Challenge.

This program has helped me to love God and learn to love and forgive myself. Isaiah 38:17 says, “Surely it was for my benefit that I suffered such anguish. In your love you kept me from the pit of destruction; you have put all of my sins behind your back.” Now I know why it was so hard to live, because the Holy Spirit was not active in my heart. Teen Challenge was my firm place to stand.

I am learning about responsibility and obedience to both God and man, working unto the Lord in everything I do. The love and support I have from my family, the staff, and women I live with is such a priceless and precious gift from God.

I began my new life by doing the re-entry phase of the program and became full time intern staff at the Robby Dawson Home for Women on August 16.  God has lifted me out of the darkness into His marvelous light. Pictured is at our June 3rd Graduation with Senator Johnson. 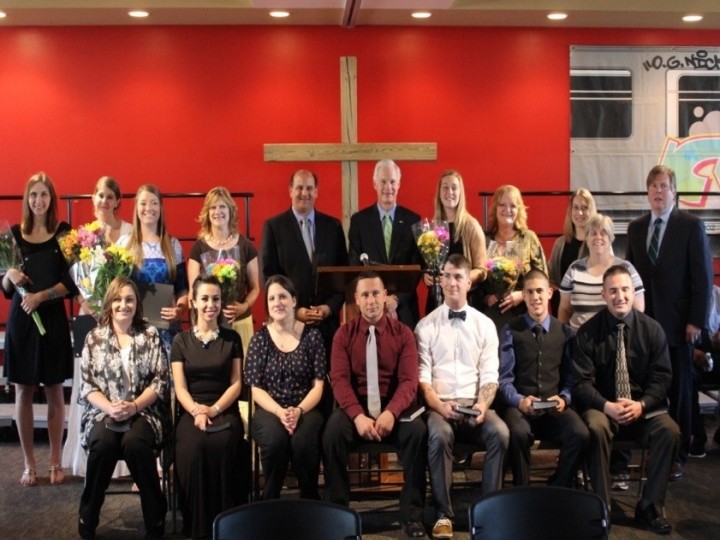 We can also help you in your search for other Milwaukee addiction treatment centers, Fort Lauderdale addiction treatment services, rehab centers or Christian rehab facilities. Finding the right alcohol and drug rehab for yourself or a loved one is an important decision. Learn everything you can about substance abuse recovery centers and drug recovery centers before you choose. For individuals who are mostly involved in abusing alcohol, there are specific alcohol recovery programs. These alcohol rehab centers will specifically target alcoholism. Adult & Teen Challenge centers are long-term addiction recovery programs that are affordable, solving addictions for men in Wisconsin and Illinois, from the Chicago area, to Milwaukee and Madison, including Cudahy, South Milwaukee, Elm Grove, Butler, Brookfield, Menomonee Falls, Waukesha, Germantown, Pewaukee, Rockford. Let us know if you need help with boarding schools, Fort Worth addiction treatment programs, Christian addiction treatment Texas or schools with therapy.