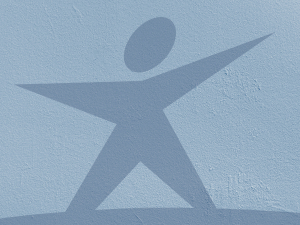 My name is Natalie and I’m 20 years old. I am proud to say I have found God, and there is no going back for me. Over one year ago I came into the program, a completely broken and lost soul. I had tried everything that the world had to offer me, explored every religion, but I was still left empty. I was facing prison time.

As far back as I can remember, I have had anxiety and depression. I carried pain around as my identity, not knowing there was a world outside of darkness. At a young age I experimented with drugs and the occult. I thought that was the end of my misery, but little did I know, the only thing worse than that night was the trauma that followed.

I had panic attacks everyday for a year and Satan’s small whispers became loud shouts in my ear, telling me I’m worthless and better off dead. I attempted suicide multiple times, and never understood why I couldn’t die.

My carelessness landed me in and out of jail. In April of 2015 I got into a car crash, from passing out at the wheel, and got 3 years of probation. I remember being pulled out of my car and the only thing I thought was I wish I didn’t wake up.

Since coming to Teen Challenge, I’ve given my life to Christ, and He has not let me down. What I’ve learned since being here, is that the voice of Christ can drown out all other voices of the world. I used to be too ashamed to show my face, but now I have a light that can’t be burned out. Today I am working as an intern in the intake department for Teen Challenge.

The scripture that I stand on is found in Isaiah 40:31 “But those who hope in the Lord will renew their strength. They will soar on wings like eagles; they will run and not grow weary, they will walk and not grow faint.”