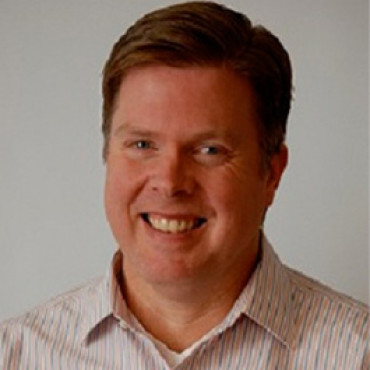 Craig has been working with Teen Challenge since 1992. Craig obtained a Bachelor’s degree in Math and Chemistry Education from Louisiana State University in 1987. He has done graduate work at Cardinal Stritch University and Marquette Graduate School of Business. In 2007, Craig was awarded a scholarship to attend classes in the Executive Education Program at Harvard Business School. He was chosen for this opportunity by members of the Harvard Business School Club of Wisconsin and attended additional classes in 2009 and 2014, both at the business school and at Harvard’s Kennedy School of Government. Craig served on the National Teen Challenge Board of Directors and as a National Teen Challenge Regional Representative from 1996 to 2002. He is an ordained Assembly of God Minister and Nationally Appointed Home Missionary. He is past President, Vice President, and Treasurer of the Northwest Milwaukee Chamber of Commerce. He is a member of the U.S. Swimming Foundation, U.S. Golf Association, the Northshore Republicans, the Harvard Business School Club of Wisconsin, Milwaukee Rotary, and Milwaukee Rotary’s Partners in Education Committee. In 2012, Craig was appointed to the State Council on Alcohol and Other Drug Abuse by Governor Scott Walker as his appointed Designee.

Jennifer was born and raised in Pittsburgh, Pennsylvania and attended Oral Roberts University, as well as Rhema Bible College in Oklahoma. In 1997, Jennifer received a Diploma in Bible and Ministerial Training from Rhema Bible College while working at the headquarters of Domata School of European Missions located in Broken Arrow, Oklahoma. In 1999, Jennifer moved to Ladispoli, Italy to work as an administrator and teacher at the Domata Bible School-Italy. Jennifer then moved to Juiz de Fora, Brazil to help start Domata Bible School-Brazil. Jennifer worked as a youth minister at Harvest Family Church in Toronto, Canada and then at East Coast Believer’s Church in Orlando, through which she is ordained. In 2007, Jennifer moved to Hartland, Wisconsin to work as a youth minister and administrative assistant at Lake Country Family Church, while also working part-time at Teen Challenge Wisconsin in development, accounting, and general administration. After seven years as a part-time employee, Jennifer accepted the full-time position of Women’s Program Director for Teen Challenge Wisconsin’s Robby Dawson Home for Women. Jennifer’s hard work, ministry experience, and dedication to the Lord have been a great benefit to Adult & Teen Challenge of Wisconsin’s Women’s program.

Mark grew up here in Milwaukee and graduated from Washington High School as an all-city running back. In 1981, he was recruited as a full scholarship Division 2 NCAA athlete by Minnesota State University located in Mankato, Minnesota. A crack cocaine addiction stopped Mark’s dreams and desires. By God’s grace, Mark entered Teen Challenge Wisconsin in 2004. After completing the induction phase in Milwaukee, he entered phase two at “God’s Mountain” in Rehrersberg, Pennsylvania 2005. Mark Rainey currently works at Adult & Teen Challenge of Wisconsin as the Dean of Men. He does an outstanding job and is one of the best, serving faithfully at our center in Milwaukee, Wisconsin.

Patti Dedmon completed Teen Challenge for Women located in Fort Lauderdale, Florida in 1993. She has a passion for helping our students succeed and supervises our Group Studies Classes, Personal Studies Classes, and morning program. Patti is a graduate of Teen Challenge Ministry Institute and has extensive experience in recovery work. The last thirteen years Patti worked at Rawhide Boys Ranch a long with her husband located in New London, Wisconsin. Patti is a very compassionate and diligent direct care staff member here at Great Lakes Adult and Teen Challenge.

Ed grew up in Tampa, Florida the son of a police officer and homemaker. As a young person Ed excelled in football, baseball, track, wrestling, weight lifting, fishing and hunting. As an adult Ed began to drink and traffic cocaine. Facing 30 years in prison and his fifth felony conviction Ed decided to get help after hearing a Teen Challenge Choir at his mom’s church. In March of 1995 Ed started and completed Teen Challenge in Sanford, Florida. After completing Teen Challenge Ministry Institute, Pastor Ed went on to serve in many capacities in Teen Challenge and for the last thirteen years as a Unit Administrator at Rawhide Boys Ranch. Pastor Ed brings many years of valued experience here to Great Lakes Adult and Teen Challenge.

Abigail was born in New York where she lived until she was 9. In 2001 she and her family moved to Guatemala City, Guatemala to be missionaries through the Assemblies of God. She lived in Guatemala up until she graduated high school in 2010. She then moved to Florida to attend Southeastern University where she obtained a B.S. in Theology in December of 2014. Abigail worked two years at the General Council of the Assemblies of God Missions Department.

Our additional staff members include…

We can also help you in your search for other Christian drug addiction programs, inexpensive rehabs near me, Christian rehabs or best rehabs. Finding the right alcohol and drug rehab for yourself or a loved one is an important decision. Learn everything you can about substance abuse recovery centers and drug recovery centers before you choose. For individuals who are mostly involved in abusing alcohol, there are specific alcohol recovery programs. These alcohol rehab centers will specifically target alcoholism. Adult & Teen Challenge centers are long-term addiction recovery programs that are affordable, solving addictions for men in Wisconsin and Illinois, from the Chicago area, to Milwaukee and Madison, including Cudahy, South Milwaukee, Elm Grove, Butler, Brookfield, Menomonee Falls, Waukesha, Germantown, Pewaukee, Rockford.